I recently spent part of an an afternoon with Paul Silber, a valued Advisory Board Member. It was a fascinating discussion as we talked about his business career and how he has been “filling his time” since selling In Vitro Technologies four years ago – MG

Dealing with “too much of a good thing” 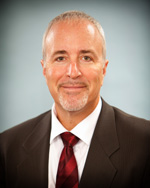 In 1986, Paul’s first job was at Mary Kay Cosmetics in Dallas, Texas. A newly minted Ph.D., “I thought I’d probably join P&G, or Smith Kline”, Paul said, “but Mary Kay was offering me the opportunity to pursue my greatest interest, Toxicology”. As Paul explained to me, the simplest definition of Toxicology is dealing with too much of a good thing. Paul loved the work he did at Mary Kay, “I could kill a product if necessary and more than once was called to Mary Kay’s office to talk about the affect of one of the company’s products on her sensitive skin”.

Mary Kay turned out to be a great experience for Paul; he worked closely with the regulatory affairs group, marketing, operations, and represented Mary Kay in Washington with the industry groups. “This turned out to be a very critical period for both the cosmetic and pharmaceutical industries as we came under attack by the animal rights groups.” “My boss and I saw an opportunity to start our own company, where animals were not necessary for testing and we began to use test tube methods instead to determine how things would react.” The company they started was called In Vitro Alternatives, and the “aha” moment was when Revlon announced they were going to stop all animal testing. One early bump in his new entrepreneurial life was the partnership failing, “we split the company in half and I never looked back. In Vitro test tube tests changed the paradigm and an American success story was underway.

Paul and his wife Debbie with their two young children began a road trip to Baltimore, Maryland. The drive was long up 81 in their rented UHAUL trailer, “which I couldn’t afford the insurance”, revealed Paul. The UMBC incubator was where Paul opened his new business venture. Another serendipitous moment took place when the pharmaceutical industry took great interest in the testing methods of In Vitro, “it didn’t take me long to see that the pharma space could be significantly more lucrative than the cosmetic space,” Paul said. “Another significant tipping point for us was in 1993 when Smith Kline asked us to provide them the enzyme preparations in test tubes, until then we were doing the testing for them, now we would be selling them product as well”. This changed the trajectory of In Vitro, now they were a fully integrated, diversified company and over the next thirteen years the company grew to 80 plus employees, 11 million in revenues, had an international presence and in 2007 Paul sold the company, mission accomplished. The next chapter in the Paul Silber story was ready to unfold.

We talked about Paul’s entrepreneurial background and he told me that he probably always had it in his DNA. “My dad was an entrepreneur, an engineer by education, he and his family owned a bakery chain and he was also successful in commercial real estate.”

“I loved the go-go days on In Vitro, we had great people, our culture was accountable, informal, (though I had trouble getting some of our team not to call me Dr. Silber), we didn’t suffer “yes” people and an open door policy was second nature.”

I asked Paul about lessons learned during his years in running and then successfully selling In Vitro. Here’s what he told me:

You can’t fix people; they have to want to change
We worked very hard to hire smart people
Having pride in ownership and a strong work ethic was our people’s make-up
“They need to play well in the sandbox”
Give people clear line of responsibility
Manage the customer expectations

Rick Kohr, founder and CEO of Evergreen Advisors said this about Paul, “He is a very successful entrepreneur who has applied his business acumen into a new world – early stage investing. He is passionate about investing both dollar and intellectual capital to companies in the region. Paul makes a difference!”

Paul and his wife Debbie, have three children, Amanda, a graduate student in San Francisco, Chelsea, a junior at American University, and Jared, who is taking a year off from college and spending it in Argentina, as Paul said, “my son thinks I’m the coolest dad around” but the year he’s spending abroad will make a huge difference for him when he returns this Spring.

Paul hasn’t slowed down since selling In Vitro, “I spend my time on things I love, travelling, recreation, a very involved angel investor, a number of boards, including non-profits”. Paul also completed GBC Leadership and called it a great experience.

Paul is a valued board member at Evergreen and we appreciate his active interest in helping us achieve successful.