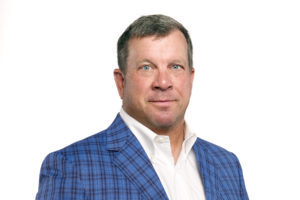 There is $1.4 trillion of dry powder in the Private Equity space.  Further, there is a strong push for exits in the existing portfolio.   Many expect this capital source to play a larger role in this next economic recovery relative to the 2008 downturn.  This is due, partially, to the AUM held by these funds relative to 2008.  Private Equity and their portfolio companies account for approximately 1/3 of all technology transactions in recent years.  Due to the excess of liquidity and the profusion of competitors, Private Equity firms themselves have become much more structurally flexible in the last couple of years.  They pursue investment strategies as a minority investor as an example.  I suspect they will continue to invest in control situations but also to recapitalize stressed companies.  I spoke to Private Equity Firm in Philadelphia last week, and, not surprisingly, their attention is on their existing portfolio.  Ensuring they have the capital and other resources necessary to survive this crisis.  They are requiring their companies to reexamine budgets and model different scenarios where revenues are materially lower.

The likely prospect of a serious recession looming (if it has not already begun) has critically affected the health of the startup ecosystem. The IPO market has rapidly fizzled out, and it’s possible that the M&A market could see hits as well, as large potential acquirers are also cutting costs.   Evergreen Advisors Capital has not seen a change in the deal process thus far.  Several deals were under or nearing Letter of Intent when this Pandemic started and they are continuing to a close at this time.  Further, we have seen several new term sheets in recent weeks – all at valuations, we would have anticipated prior to this crisis.    Having said that, we do not expect to see the $3.9 trillion deal volume of worldwide M&A activity this year as compared to 2019.  2019 ranked as the fourth biggest year for global M&A since data collection began in 1980, according to Refintiv.

Fundraising figures were strong in the first quarter, 2020, however, fundraising will slow down as both Venture Capital, and Private Equity assess their portfolios and performing triage versus spending that time on new investments.  We would expect valuations to be negatively impacted as we come off of record levels for both public and privately-held companies.

The IPO markets, with a few exceptions, have vanished entirely during the coronavirus crisis. The exceptions include a sizeable offering as Rackspace filed for an IPO.  As you are probably aware, they operate in the cloud services industry.  There were about 20 IPOs throughout the country were delayed due to the crisis.

US-based venture capitalists are sitting on record amounts of dry powder, having raised over $100 billion in fund capital over the past two years. There is ample dry powder in the market, ready to be put to work in promising startups. Also, downtimes have proven to be good times for startup investing, as companies born in an era of struggle tend to be more battle-hardened and capital efficient.

It remains to be seen how long this Pandemic will last.   The quicker we get back to work, the more likely we can rebuild positive momentum given the capital in the marketplace.   While we see how this unfolds, staying focused on the key indicators of your business is of utmost importance.  Cash is king, profitability critical, and understanding this economic period on your customers important.  The amount of dry powder in the capital markets is unprecedented.  Please contact us to help you migrate through this period and be well-positioned to increase your valuation and be attractive to the capital markets prospectively.