The cybersecurity industry will continue to remain a growth industry with the internet and its related threats routinely appearing in various new forms. Security is continually evolving — what worked to protect the internet user a year ago is not effective today.

This year has brought a flood of new venture capital funding in cybersecurity, following up on the approximately $5.3 billion invested in 2018. The industry continues to see capital pour into companies competing in the SaaS Monitoring & Security vertical. Going back to the third quarter of 2016 there have been more than forty deals funded every quarter, except two. 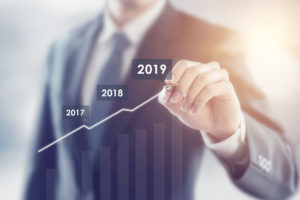 However, cybersecurity was more recently listed fifth in investment dollars behind other emerging markets – Artificial Intelligence, FinTech, Digital Health and IoT. Cybersecurity deal activity dropped to its lowest level since the fourth quarter of 2018. There were 63 deals funded in the third quarter, totaling $1 billion..

Read more Here in the I95 Magazine