I met with Bill twice to do this interview. The first time we met was February 26th. Just three days later, we had our first Coronavirus death in the 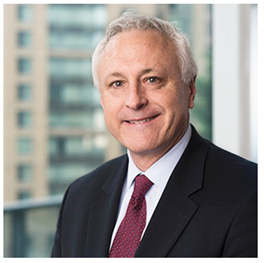 United States. Everyone’s life has been altered in some way, including the 7,000 team members of T. Rowe Price-they’re fortunate to have “Coach Stromberg” leading.

Bill, is one of the most decorated athletes in Johns Hopkins history. He had an outstanding baseball career, still holding records from his Blue Jay days on the diamond, but it was on the gridiron that Bill really excelled. He is considered to be one of the best wide receivers in NCAA Division III history, setting many school and NCAA records. Bill was inducted into the Johns Hopkins Hall of Fame in 1994 and the College Football Hall of Fame in 2004. After graduation in 1982, he signed a free-agent contract with the Philadelphia Eagles.

Thank you, Bill, for the quality time you gave me. We covered a wide range of topics, from growing up in West Baltimore, great memories from Loyola Blakefield and Johns Hopkins, and for the last four years leading one of the great financial institutions in the world.

We are still in the early stages of one of the most challenging periods in the history of our country. T. Rowe Price, one of Maryland’s great companies, and Bill Stromberg’s leadership, give me great optimism that our community will be much stronger when we get to “the other side.”