Bandura, which pioneered the Threat Intelligence Gateway (TIG) industry in part with the U.S. Department of Defense, today announced it has completed a Series A round, securing $4 million in financing led by Grotech Ventures, Gula Tech Adventures, Maryland Venture Fund, and Cultivation Capital. This strategic funding will strengthen Bandura’s position as a leader in the emerging Threat Intelligence Gateway (TIG) marketplace. The Bandura TIG™ is purpose-built to filter network traffic against large volumes of threat intelligence indicators, better protecting networks from the massive volume of known threats.

At any moment, tens of millions of known malicious IP addresses and domains are attacking organizations. These threats are dynamic and everchanging and, while there is a significant volume of actionable threat intelligence that can be used to detect and block the threats, firewalls can manage only a very limited number of threat indicators. The result is security coverage gaps, alert fatigue, staff overload, inefficient use of expensive firewall resources, and suboptimal return on existing security investments.

“Firewalls are getting crushed by the sheer volume of threats that hit organizations industry-wide every day,” said Chris Fedde, CEO of Bandura. “And, while external threat intelligence is available,most companies lack the staff and resources to effectively and efficiently operationalize it. The Bandura TIG complements the firewall, enabling companies of all sizes to use threat intelligence without limits in an easy and automated way. We are grateful for the support of our investors and believe it is a testament to our work redefining the industry’s use of threat intelligence from reactive detection and response to proactive prevention.”

END_OF_DOCUMENT_TOKEN_TO_BE_REPLACED

Evergreen Advisors Capital is pleased to announce that it was the exclusive financial advisor to Four V Systems LLC, an SRC Company, and cybersecurity firm in connection with its sale to OPAQ Networks. 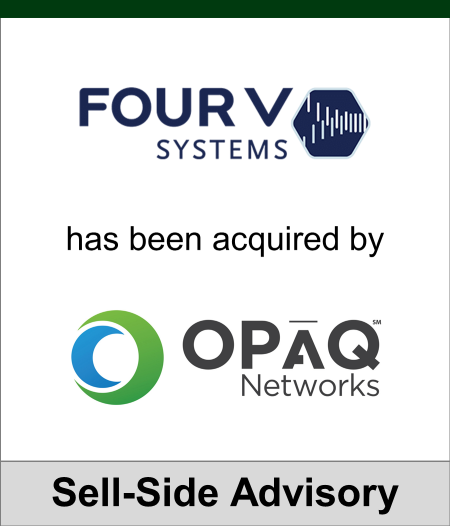 END_OF_DOCUMENT_TOKEN_TO_BE_REPLACED

Rick Kohr, the founding member and Chief Executive Officer of Evergreen Advisors LLC, has been named Board Chair of the Economic Alliance of Greater Baltimore (EAGB).

Kohr will serve a two-year term and succeeds August J. Chiasera, President, Greater Baltimore/Chesapeake, M&T Bank, who has served as EAGB Chair since 2015. 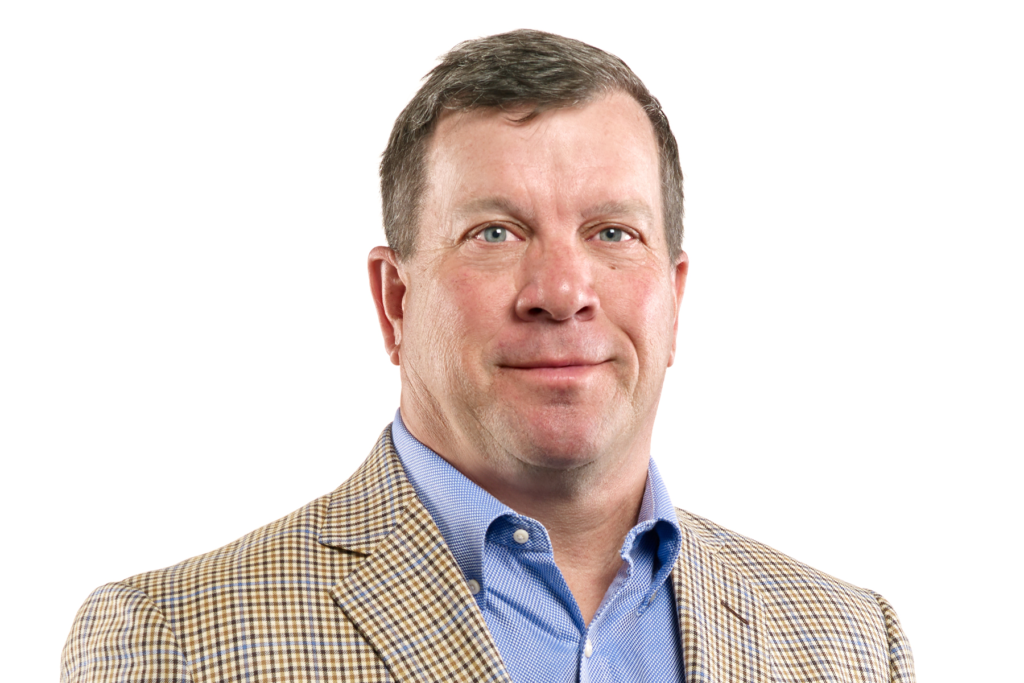 “I am honored to succeed Augie Chiasera,” says Kohr. “We are participating in a fast-paced and ever-changing world which requires a new way of thinking and solving problems. Thanks to Augie and our Board Directors, we are confident in our ability to drive inclusive growth opportunities throughout Greater Baltimore.”

The EAGB is the only public-private organization convening industry, government, education and philanthropic leaders to foster inclusive economic development in Greater Baltimore.  As part of its efforts, EAGB will continue to advocate for a more collaborative leadership model that will drive an effective and simplified approach for economic competitiveness across the region. END_OF_DOCUMENT_TOKEN_TO_BE_REPLACED

In addition to the physical real estate, companies rely on location strategy consultants to assist them with:

A quality location decision is not solely a real estate decision. Whether it is a headquarters, back office, distribution center, manufacturing, laboratory, call center, or data center facility there are many factors to consider before coming to a final location decision. The critical factors of a location project are uniquely tailored to the business needs of the company as it relates to such considerations as the company’s culture, existing network, customer base, workforce, supply chain, and facility type. Making a location decision without consideration to one or more of these critical factors can lead to misalignment between the facility and the community, unexpected costs, high cost operation, underperforming facility and network of facilities, high workforce turnover, and the inability to attract top talent.

END_OF_DOCUMENT_TOKEN_TO_BE_REPLACED 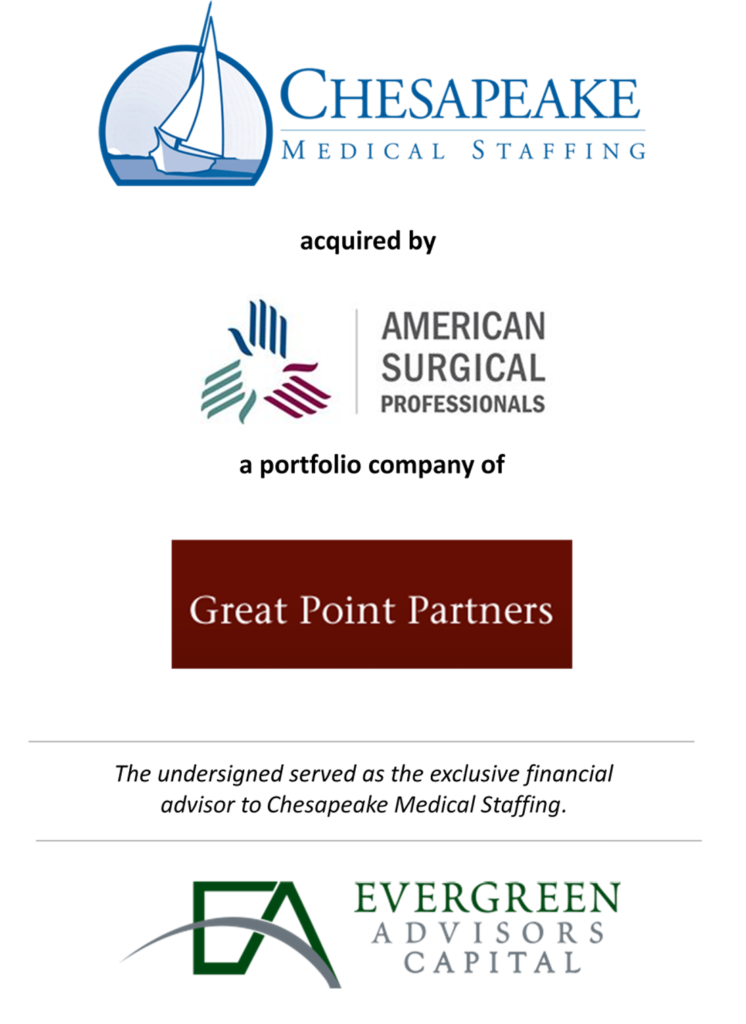 Chesapeake Medical Staffing is one of the largest and most respected health care staffing agencies in the mid-Atlantic region. CMS has focused on sourcing the highest quality health care professionals from nurses to administrative personnel to physicians to complete management of the agency process.  The Company is Joint Commission certified and their client list includes hospitals, institutional care providers, management services organizations (MSO), home care and individual patients

“CMS explored numerous options to enhance our future,” said Jeff McClure co-founder and CEO of CMS. “ASP’s combination of business strengths and culture were exactly in line with our intended direction.” Terri Weller, co-founder and CNO said, “We are excited to be teaming with another high quality Joint Commission certified group of established clinicians. Helping our clients by providing experienced clinical professionals in a user-friendly manner has always been my passion. This merging of talent will take us to a new level in meeting the continuum of care needs of our current and future clients.”

END_OF_DOCUMENT_TOKEN_TO_BE_REPLACED

Evergreen Advisors Capital is pleased to announce the publication of our 2018 Cybersecurity Market Update. The update provides industry and insights on notable transactions, a detailed look at M&A and private placement activity, and data on valuation metrics and stock price performance. 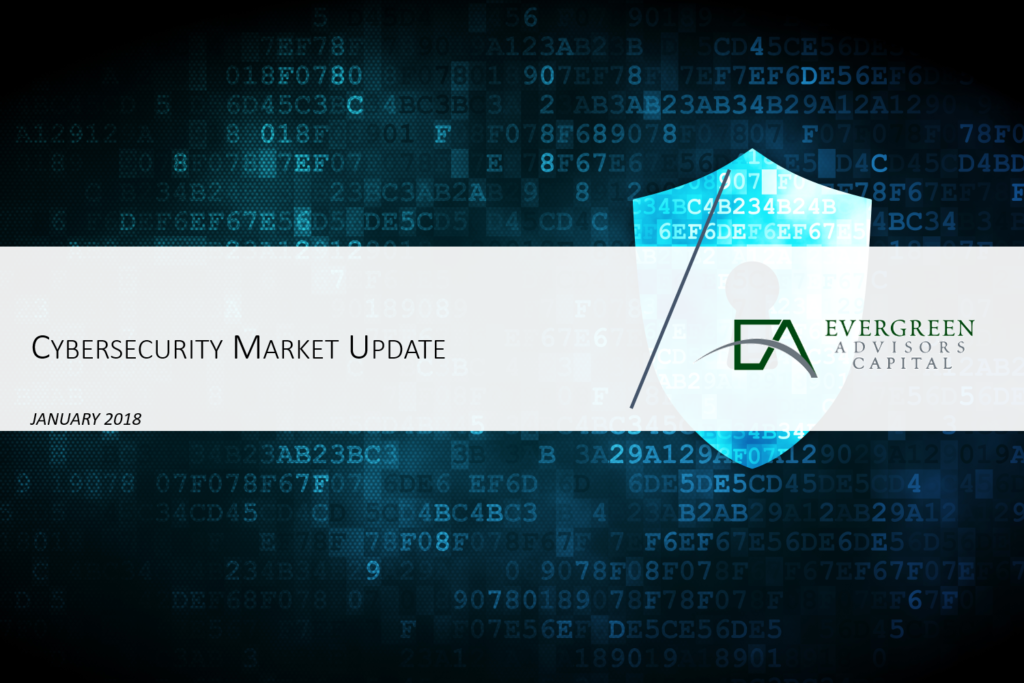 2018 has the makings for a strong year for venture capital

With a robust M&A market, liquidity in the public capital markets, corporate cash, and continuing earnings growth in many sectors, the next two years should turn in strong performance for Venture Capital. As 2017 closes, capital invested is over $44 Billion, up almost 18% from the $37 Billion invested in 2016. For the Mid-Atlantic Region, even though the area saw 1,266 deals funded year to date in 2017 down from the 1,367 deals funded in 2016, total capital invested to date in 2017 reached $9 billion which exceeds the $8.9 billion invested in 2016.

For our region, one of the highlights in 2017 was the opening of AllegisCyber, an affiliate of Allegis Capital, a Silicon Valley venture capital firm that is collocated with DataTribe in Maple Lawn, Maryland. DataTribe applies an investment element to its model, by providing seed financing of up to $1.5 million to its cohort companies. Both firms are expanding their investments into Maryland cyber companies in the coming year.

Two of the most active regional (D.C., Maryland, & Virginia) investors in Cyber overall in 2017 were NEA with 9 cyber investments including local company Zerofox and Blu Ventures who invested in local deals including ID.me, Trackoff, Huntress Labs, NS8, Bandura Systems, DarkCubed, Fischer Block, GroupSense, PFP Cybersecurity, PacketSled, and Cybrary. Gula Tech Adventures also made a number of investments in 2017 working with the next generation of cyber security start-ups assisting with their product roadmaps, participating in their capital raises and helping them build their companies. END_OF_DOCUMENT_TOKEN_TO_BE_REPLACED

Evergreen Advisors announced today that Shelley Lombardo, Chief Operating Officer of Evergreen Advisors, has completed the professional development program dedicated to building a better Maryland by harnessing the strength of its local business and community leaders. Leadership Maryland honored Lombardo, a resident of Ellicott City, and the entire Class of 2017 at its 25th annual graduation ceremony held December 5 at the Lord Baltimore Hotel. 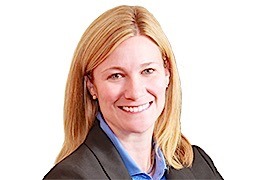 Lombardo was one of 52 applicants chosen by committee to complete Leadership Maryland’s eight-month hands-on learning program focused on the state’s most vital social, economic and environmental issues.

“It was an honor to be a part of the Class of 2017. The program is a powerful vehicle to explore Maryland’s challenges and opportunities from healthcare, education, economic development, to the environment with a diverse group of Maryland’s best and the brightest executives.” Remarked Shelley Lombardo. END_OF_DOCUMENT_TOKEN_TO_BE_REPLACED

On September 27, 2017, the Republican led congress in conjunction with the White House released its long-awaited framework (the Framework) 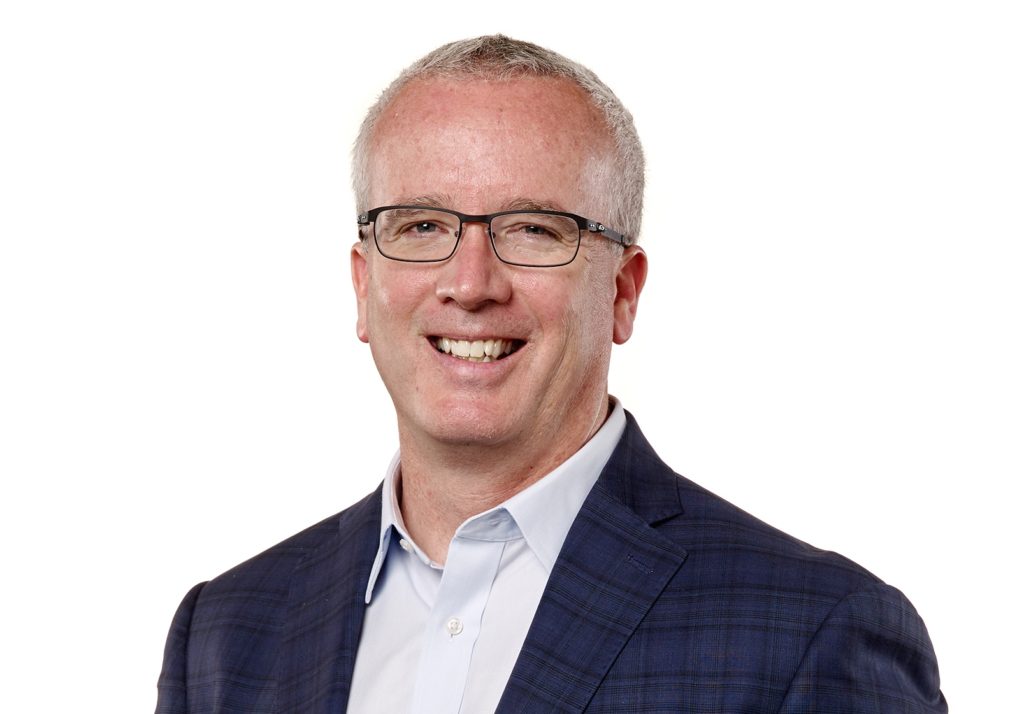 outlining the current legislative effort on comprehensive tax reform. Although many significant details have yet to be defined, major provisions such as a lower corporate tax rate for both C corporations and pass-through entities (S corporations, LLC’s and partnerships) will have a significant impact on the cash flow capacity and valuation of these entities.

According to the Framework, the top marginal tax rate for C corps could be reduced significantly from 35% to 20%. The pass-through entity tax rate (S corporations, LLC’s and partnerships) would be reduced to 25%, with some restrictions. Currently, income generated by such entities are taxed at the individual shareholder’s personal tax rate. If voted into law, the Trump Administration’s version of tax reform will likely have a significant impact in the following key areas: END_OF_DOCUMENT_TOKEN_TO_BE_REPLACED

Cyber security is a constantly evolving subject matter for businesses. Like the computer viruses that are generally associated with the term, the issue itself has proven infectious for corporations both in its reach and impact as it grows over time.

Many organizations have learned the hard way that it is also a very costly subject matter. A study produced by IBM and the Ponemon Institute suggests that the average cost of fixing or resolving a data breach in 2015 was more than $3.75 million. That number is only expected to grow.

The Effects of Cyber Security Attacks

The increasing level of connectivity has served as perhaps the predominate economic theme of the past quarter century. It has also created substantial new risk to the security of sensitive information. Moore’s Law of Computing states that overall processing power for computers will double every two years. Newton’s third law of motion states that for every action, there is an equal and opposite reaction. Combine the two theories together and you have a pretty good explanation of the future impact of cyber security on businesses. END_OF_DOCUMENT_TOKEN_TO_BE_REPLACED