The Maryland Department of Business and Economic Development invested announced today that they have invested $200K in Pathsensors, an Evergreen CFO Advisory Client. Pathsensors manufactures biological pathogen identification systems focused on environmental testing and is located at the UMB Biopark.

“We are honored to be a recipient of capital funding through InvestMaryland. PathSensors CANARY technology is providing rapid pathogen testing  that ensures a safe and reliable supply of food products for the world’s growing population. These funds will support the development of new products for the food processing industry. We thank the State of Maryland, in particular the Maryland Venture Fund, the Department of Business and Economic Development and the Governor, for their support as we work to develop these important products.” stated Ted Olsen.

InvestMaryland is a funding source for early, mid and late stage growth companies. Through a premium insurance tax credit auction sale, the State of Maryland raised $84M to invest in early stage technologies in the areas of software, communications, cyber-security and life sciences.

Fred has diversified experience in both public and private accounting serving a variety of industries including Manufacturing, Health Care, Service and Government Contracting industries.  Prior to joining Evergreen Advisors, he worked with middle market companies at JPB Accounting Service and at KJC Financial Services, Inc., a firm he founded in 2002 to provide CFO services to small and mid-sized companies in the Central Maryland region. 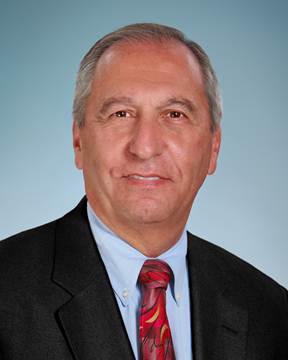 “I’m very excited to welcome Fred Shaw to our team as Vice President in our CFO Advisory Services practice. Fred has an outstanding background in the accounting and financial services industry, having been a partner at KPMG, a CFO at some major companies, and most recently a financial advisory consultant to a number of companies in the mid-Atlantic.” remarked Mike Gill, Chairman.

END_OF_DOCUMENT_TOKEN_TO_BE_REPLACED

The University of Maryland MIPS Program announced that our client, Plasmonix, has been awarded a MIPs project, which teams companies with universities across the state to focus on advancing commercially promising technologies into the marketplace.

“The MIPS award is a critical component of Plasmonix’s product development and introduction plans.  The award is hugely important to the Company’s ability to hit the ground running as we enter 2013.” Says William Gust, President and Chief Executive who has raised $1.5 million for Baltimore-based Plasmonix.

Plasmonix was also selected to present at the upcoming Mid Atlantic Bio Conference on September 27th and 28th.

Business owners typically focus on creating sustainable value that would endure even in their absence. After all, a buyer will only pay for the value of an enterprise which can actually be transferred in an acquisition. “Goodwill” is a concept that is often raised when positioning a business for sale, but what does is mean and what are its implications for the sale of your business?

In this context, goodwill is an accounting concept that is generally defined as the value of an acquired business over and above its identifiable tangible and intangible assets. If a business is purchased for $10 million but has identifiable (net) assets of only $7 million, the difference of $3 million would be recorded by the acquirer as goodwill. In an economic sense, goodwill is the value created over and above the identifiable net assets residing in a business enterprise.

In a corporate acquisition, goodwill can be identified as either “personal” or “business” goodwill. The value of goodwill may be attributable to the owners personally, to the company, or to a combination of both. Whereas a cardiology practice is likely to have more personal goodwill, a branded consumer products company would be likely to have more goodwill attributable to the business.

So what’s the difference and why does it matter?

END_OF_DOCUMENT_TOKEN_TO_BE_REPLACED

Congratulations to finalists of the 12 Annual “Maryland Incubator Company of The Year” awards.

The finalists are selected by the Maryland’s most prominent industry leaders and early-stage investors including Evergreen’s Rick Kohr and Advisory Board Member Paul Silber. Entering in the competition provides emerging companies with a rare opportunity to present their business plan and vision to the most influential panel of early-stage investors and industry leaders in the region.

We have posted an excerpt from Bob’s blog on this encounter.

While catching up with an old friend last week, he shared a lesson with me that he learned from the master himself, legendary CEO Jack Welch. Mike Gill is chairman of Evergreen Advisors and has been known to many in Baltimore and the surrounding communities for years. When I first met Mike, he was founder, president and CEO of Americom Telecommunications, a company he and his partner later sold.

Never one to be idle, Mike has reinvented himself multiple times, finally into his current position with Evergreen. We reconnected when Mike sent me a handwritten note congratulating me for being nominated for Corridor’s 2011 Person of the Year. While we go back some 20 years or so, our paths rarely cross, with the possible exception of seeing each other across a crowded restaurant or business event. Such is Baltimore, the village trying so hard to be a city! When we met last week, Mike seemed as full of life as ever, just the executive I remembered meeting many years ago. Honored that he remembered me, I told him that neither time nor the responsibilities of life had dulled his charm. We met briefly, but before he departed, Mike shared a little something with me – something he lives by every day and that I too will now incorporate into my daily life. “The Big Six,” from Jack Welch. I think I’ve read it 100 times since Mike pulled it out his pocket and gave it to me with such pride that you would have thought it was a great stock tip! Or maybe better!

Read more to find out the Big 6 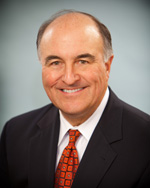 A couple of weeks ago I was watching the CBS final round telecast of the Waste Management Open from Scottsdale, Arizona. At the beginning of the days round, Kyle Stanley, a second year player from the state of Washington who went to Clemson, was eight strokes back. All Kyle did was shoot a final round 64 and at the end the day was raising the crystal and the check for over a million dollars that went with it.

As Kyle was playing the final hole, analyst and hall-of-famer, Sir Nick Faldo, made this comment, he said, “Real happiness is great health and a short memory.”  It had only been seven days since Kyle Stanley experienced a “golf meltdown”, witnessed by millions.  He entered the final round play of the Farmer’s Insurance Open with a six stroke lead. On the final hole, still leading by three and just 90 yards from the flagstick, he could take five more shots to get it in the hole and win the tournament. He took six……and lost in a playoff.  He was devastated, overnight he became the most talked about golfer in America for all the wrong reasons.

Life is amazing and how we react to the hand that is dealt us determines EVERYTHING.  Not too many weeks ago we had our Annual Kick-Off Meeting at Evergreen. I had a number of posters made up that decorated the walls of our conference room. I “borrowed” one of them from the famous American essayist and author, Ralph Waldo Emerson.

“A hero is no braver than an ordinary man, but he is braver five minutes longer”

There is no time-frame or time-limit on achieving success. Jim Valvano, the late basketball coach of the national championship N.C. State Wolfpack and one of the most dynamic and characteristic coaches ever in the game said this on the ESPY awards just weeks before he died of cancer, “Never Never Ever Quit, he went on to say, “Don’t give up, Don’t even give up.” He went on to say that each of us needs to do three things, we need to laugh, we need to think, we need to cry because of the joy we feel.”

Life is not a dress rehearsal….make everyday count!

Recently, Rick Kohr, CEO of Evergreen Advisors and Mike Gill, Chairman met with Kevin Plank, Founder and CEO of Under Armour. They covered a wide range of topics from leadership, a 1,000 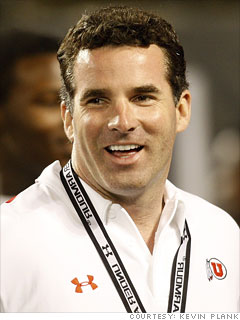 hits, innovation, to what Kevin looks for in people that join the Under Armour team.

Frustrated by the “soaking wet” T-shirts he wore under his University of Maryland football uniform, the special teams captain created a fabric that wicked away sweat while providing muscle support. Sixteen years later and over $1 billion in revenues, Kevin has built one of the most recognizable brands in America.

What follows is an excerpt of the conversation that Mike, Rick, and Kevin had at Tark’s in Greenspring Station.

{Kevin Plank} I am a huge believer that every business we get into has to make money and every business needs to go beyond just a vision. They have to have a practicality of how are we going to make the rubber hit the road and create the returns because: A) we are not that big and B) anyone these days can go out of business as fast as the world moves today. I have a great saying from a guy who told me one time: It’s ok to take one dollar to make ten, but it’s not ok to take ten dollars to make one. Therefore, I live by that rule at Under Armour and frankly, personally too. It is one of my investment philosophies.

END_OF_DOCUMENT_TOKEN_TO_BE_REPLACED

Often times when you get advice on making an investor pitch the focus is all on the presentation. What slides should be included and how you should talk to your audience. Often overlooked is the importance of first impressions and the fact that you have only one opportunity to make the right impression. In the case of a pitch, you have to provide the investors with enough information to interest them and make them want more. So when you only have 7-15 minutes how do maximize your impact?

What is overlooked is that the little details can make or break the deal. The benefit of preparation is that you can prepare for your first impression. While small details, these items do make a significant impact.

END_OF_DOCUMENT_TOKEN_TO_BE_REPLACED

You’ve worked tirelessly to take an idea, commercialize it, acquire customers, hire employees and create a growing company.  You may or may not have raised outside capital to get to where you are, but you would somehow like to get “a little something for the effort.”  How do you convert your ownership into cash?

You could sell your company, which could very well eliminate your future participation in that industry for a period of time due to a covenant not to compete which the buyer will surely make you commit to as a condition of sale.

You could merge with another company, stay involved in managing the combined entity, but you might not get any cash consideration as a result of the deal.

If you have achieved sufficient scale, you could take a shot at bringing the company to the public markets via an IPO, but your underwriters probably won’t let you sell any shares for six months after closing the offering and you will be operating in the fish bowl environment as a reporting company filing quarterly financials with the Securities and Exchange Commission for all to see – including your competitors.